This is the first in a series of posts by Carolyn Funk, who will continue to draw parallels between medieval claustration culture and the enclosures found in film. The following piece traces enclosure in the iconography of the Annunciation through to the space of the all female classroom, noting the mimicry of the Holy Spirit in the film within a film, with rays of light falling upon the spectators within the frame in Spirit of the Beehive.

Several moments in the extraordinary film Spirit of the Beehive (Erice, 1973) guide an experiment in thinking about medieval enclosures and female visionary experiences through cinema. Indeed, the title of the film itself is evocative of both enclosure and mysticism.

Set in Castilian Spain just after the Francoist victory in the civil war, Spirit of the Beehive unfolds via the protofilmic six year-old Ana. While the film is widely lauded as a poignant, secular critique of the Francoist regime, we might additionally consider Ana’s radical subjectivity through her visionary experiences including Christic apparitions of Frankenstein and a wounded soldier, and symbolic representations of enclosure: the cinema, a one-room girls school, a mysterious, deserted stone house, the beehive.

Spirit of the Beehive begins with a film within the film: Frankenstein (1931) opens at the tiny village cinema with an onscreen warning of a man “who sought to create a living creature, without recognizing that is something only God can do.” The faces in the audience are tilted upwards towards the screen, captivated by the moving images and the narrative, illuminated by reflecting light of the film. The beam of light from the film projector visually mimics images of the Holy Spirit and other holy auras in religious artwork of the Middle Ages, suggesting the cinema as a visual metaphor of a devotional, enclosed space. 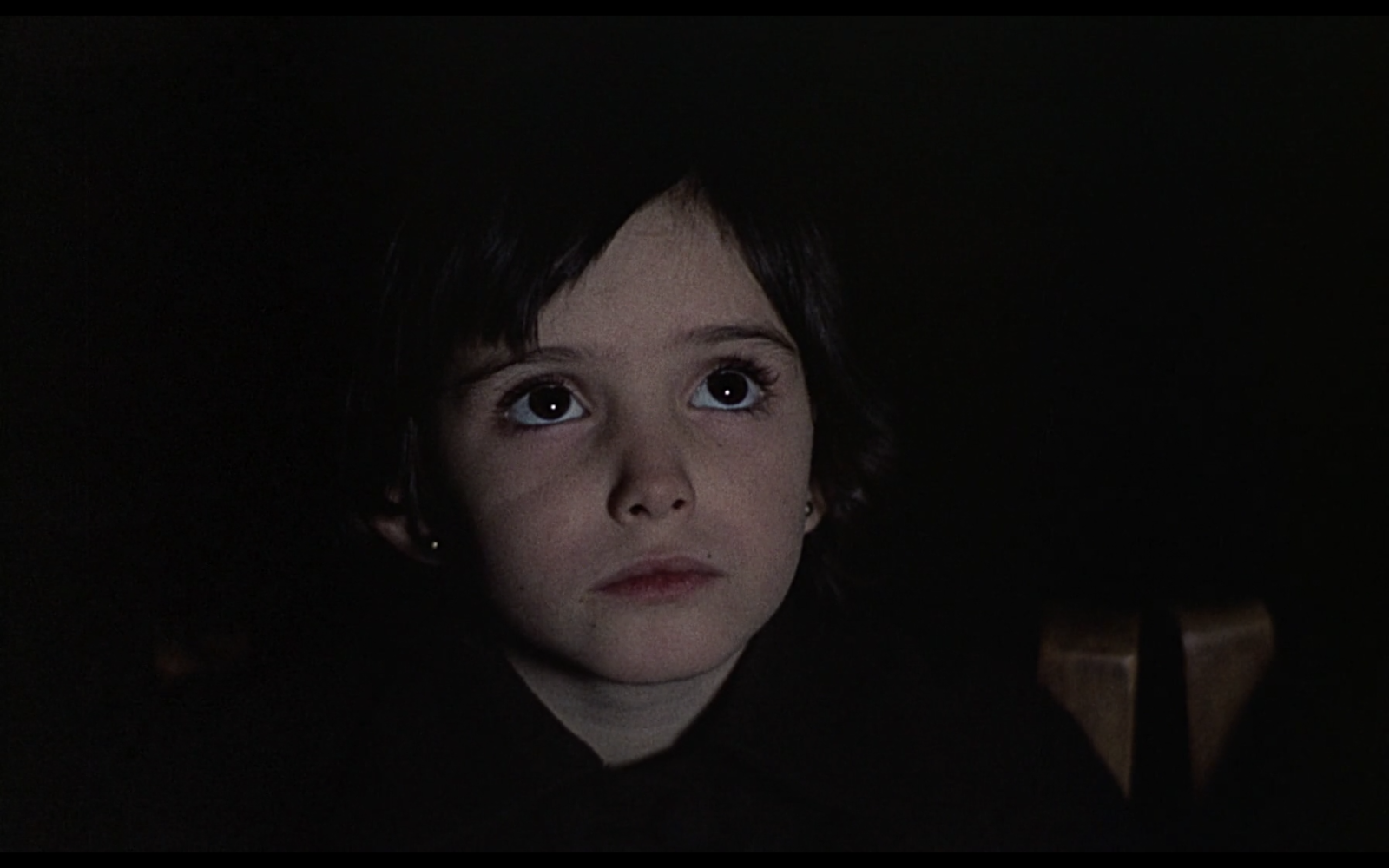 Ana is enthralled by the spectral, creaturely Frankenstein. That night, she presses her slightly older sister, Isabel, on Frankenstein’s corporeality.

Isabel: People can’t see him, he only comes out at night.

Ana: But he had one in the movie. He had arms and feet. He had everything.

Isabel: It’s a disguise they put on when they go outside.

Ana: If he only goes out at night, how can you talk to him?

Isabel: I told you he’s a spirit. If you’re his friend, you can talk to him whenever you want. Close your eyes, and call him.

The next day at school, within the enclosed female space of the classroom, Ana’s teacher unveils an instructional dummy, a male body-without-organs. The students’ exercise is to place the organs in the appropriate location on the body– heart, lungs, etc.– and define the organ functions. Within this enclosure the girls perform the making of a fully human body, an incarnation.  The scene also positions Ana uniquely as a “seer”, as one who assists other’s ability to see, or one with a privileged relationship to vision.

Teacher: There is still something very, very important that he is missing.

Class: His bones. His ears.

Teacher: Very good. Come and put them on.

After school, Ana and Isabel approach a deserted stone house with two black holes as entrances. Ana asks Isabel if “He” (the spirit) lives in the house, and Isobel affirms, establishing the structure as a kind of mystical space. Later, Ana returns to the house and performs an ecstatic ritual inspired by a tale of a blind man, further emphasizing a notion of vision. 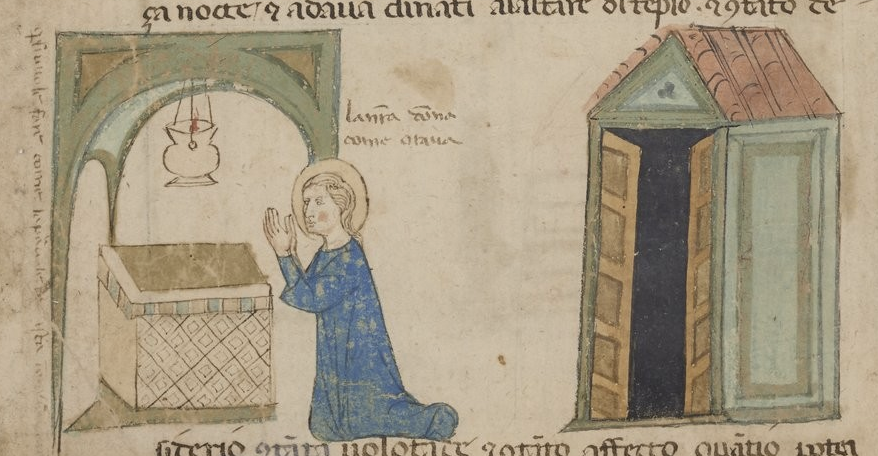 That night, she experiences the first of what may be interpreted as “visions”. Looking upward celestially, Ana meditatively closes her eyes. Her closeup crossfades to an image of a racing train. A wounded Republican soldier leaps off the train and stumbles to the deserted stone house. Ana enters the house and provides the soldier with food and a warm coat– a compassionate act of humanity towards his suffering.  This might be read as a scene of affective piety, of Anna’s devotion to this Christ-like figure, represented as Christic by his wound. The soldier is later found and killed by government forces, his body entombed in the village cinema, the screen above the body like a halo, Heaven, or a blank scroll.

After discovering the death of her soldier, Ana disappears in grief on a nocturnal journey. Gazing into a body of water, her rippling reflection is– with “ghostly sight”– replaced by the face of the spirit incarnate, Frankenstein. If we consider this scene as a second event of devout imagination, we can begin to draw compelling links between affective piety, enacted vision, incarnation, and cinema. Ana and Frankenstein then sit face to face, he reaches his hand out toward her, gently, as she trembles before him in fear, or devotion. In a scene just preceding Ana’s “visionary experiences” there occurs a striking representation of female authorship, which, to me, constructs a narrative– or conjures a “showing”– of radical female agency rarely seen in cinema. The camera pans over a painting of Saint Jerome: from his face, to quill, to composed text, over the red folds of his cloak, to his other hand leading to a skull. As the camera pulls back, Ana sits at a desk below this monumental image, composing on a typewriter, a text.